Abstract: A thiol molecule, 2,6-pyridinediamidoethanethiol (PB9), was synthesized based on the pyridine-2,6-dicarboxamide scaffold with appended cysteamine group. PB9 acts as an effective chelator for Pb(II) due to multiple binding sites (N3S2) through irreversible binding precipitating Pb(II). Removal of aqueous Pb(II) from solution was demonstrated by exploring the effects of time, initial PB9:Pb(II) ratios, pH, exposure time, and solution temperature. After 15 min the Pb(II) concentrations were reduced from 50 ppm to 0.3 ppm (99.4%) and 0.25 ppm (99.5%) for PB9:Pb ratios of 1:1 and 2:1, respectively.  Removal of >93% Pb(II) was observed over multiple pH values with negligible susceptibility for leaching over time. The thermodynamic studies reveal the removal of Pb(II) from solution is an entropically driven spontaneous process. Solution-state studies (UV-Vis, 1H-NMR, 13C NMR) along with solid-state (IR, Raman, and thermal studies) for L/Pb(II) compounds were performed. UV-vis displays a global maximum at 274 nm and a local maximum at 327 nm for ligand-to-metal charge transfer S- 3p -> Pb2+ 6p, and intraatomic Pb2+ 6s2 -> Pb2+ 6p transitions.  A Probable molecular structure designed is PB9 behaving like a bis-deprotonated ligand with an N3S2 donor set to give Pb(II) a pentagonal environment with non-stereochemically active s electrons is proposed.  However, the existence of a cyclic oligomeric (PB9)4(Pb)4 or polymer (PB9)?(Pb)? structure is evident by broad melting point, insolubility in most common solvents, and amorphous powder XRD. PB9 also exhibits high sensitivity and selectivity towards Fe3+ over other metal ions, acts as a naked-eye detector showing colorless to yellow, and by fluorescent quenching. The quenching efficiency found by Stern-Volmer is 7.42 ± 0.03 × 103 M-1 with a higher apparent association constant of 9.537 X 103 M-1. A linear range of Fe3+ (0- 80 µM) with a detection limit of 0.59 µM (0.003 ppm) was found. The obtained detection limit was much lower than the maximum allowance limit of Fe3+ (0.3 ppm) regulated by EPA in drinking water.  Since Pb(II) removal using PB9 was higher than 15 ppb (EPA limit), a separate study was conducted to explore the use of thiol molecule (AB9) which was already developed in our lab previously. Thus, 2,2'-(isophthalolybis(azanaediyl))bis-3-mercaptopropanoic acid (AB9) was coupled to amine-functionalized silica and silica-coated magnetic nanoparticles (with Fe3O4 core). Results revealed successful fabrication of AB9 on mesoporous silica and MNPs surfaces without introducing crystalline impurities. Indeed, an added advantage for AB9-MNP over AB9-silica is its superparamagnetic nature where a magnet was used to isolate the Pb(II)-containing (solid) composite from the treated water. The >99.9% removal of Pb(II) was obtained by AB9-MNPs with detectable Pb(II) dropping to below 15 ppb EPA level. The obtained equilibrium results were in good agreement with the Langmuir model suggesting a dominant chemical adsorption mechanism on AB9- composites with monolayer coverage with maximum adsorption capacities of  24.80 and 56.40 mg/g respectively for AB9-silica and AB9-MNP implying the thiol group improved the adsorption capacity of Pb(II). This eco-friendly modification with rapid magnetic separation makes these AB9-MNPs a good candidate for aqueous Pb(II) removal 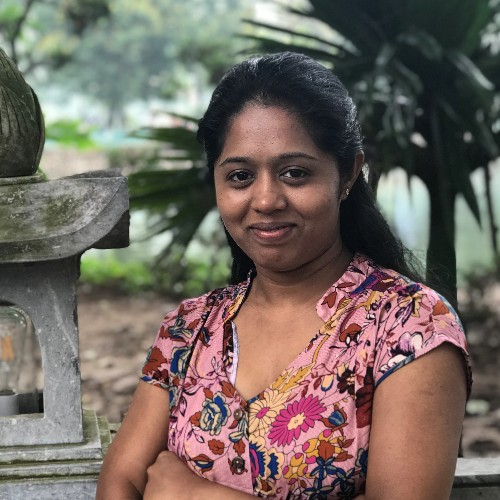