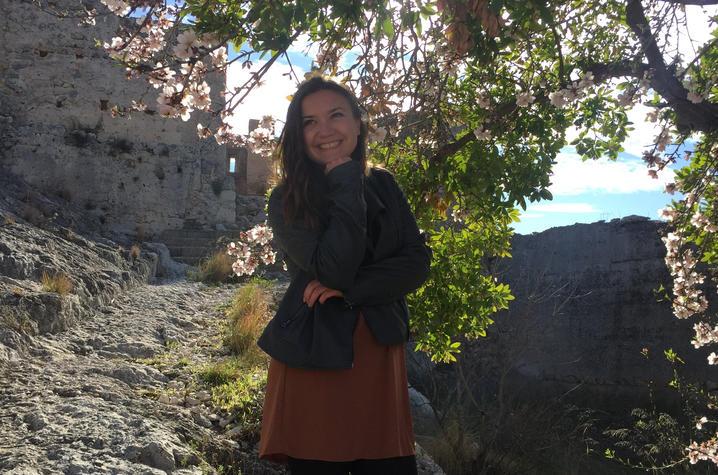 The University of Kentucky Office of Nationally Competitive Awards has announced that juniors Angela Jones and Tom Shelton and senior Eura Shin have been awarded Barry M. Goldwater Scholarships. The three UK students are among 496 students nationwide selected to receive the 2019 Goldwater Scholarship.

This year's Goldwater Scholars were selected based on academic merit from a field of 1,223 mathematics, science and engineering students who were nominated by the faculties of 443 of the nation's colleges and universities.

The Barry M. Goldwater Scholarship and Excellence in Education Program was authorized by Congress to honor the former U.S. senator who served the nation 30 years. The program was designed to foster and encourage outstanding students to pursue careers in the fields of mathematics, the natural sciences and engineering.

Since its first award in 1989, the foundation has bestowed 8,628 scholarships worth approximately $68 million. This year marks the first time the scholarships have been presented in partnership with the Department of Defense National Defense Education Programs.

Goldwater Scholarships cover the cost of tuition, fees, books, and room and board up to a maximum of $7,500 per year for Jones, Shelton and Shin. 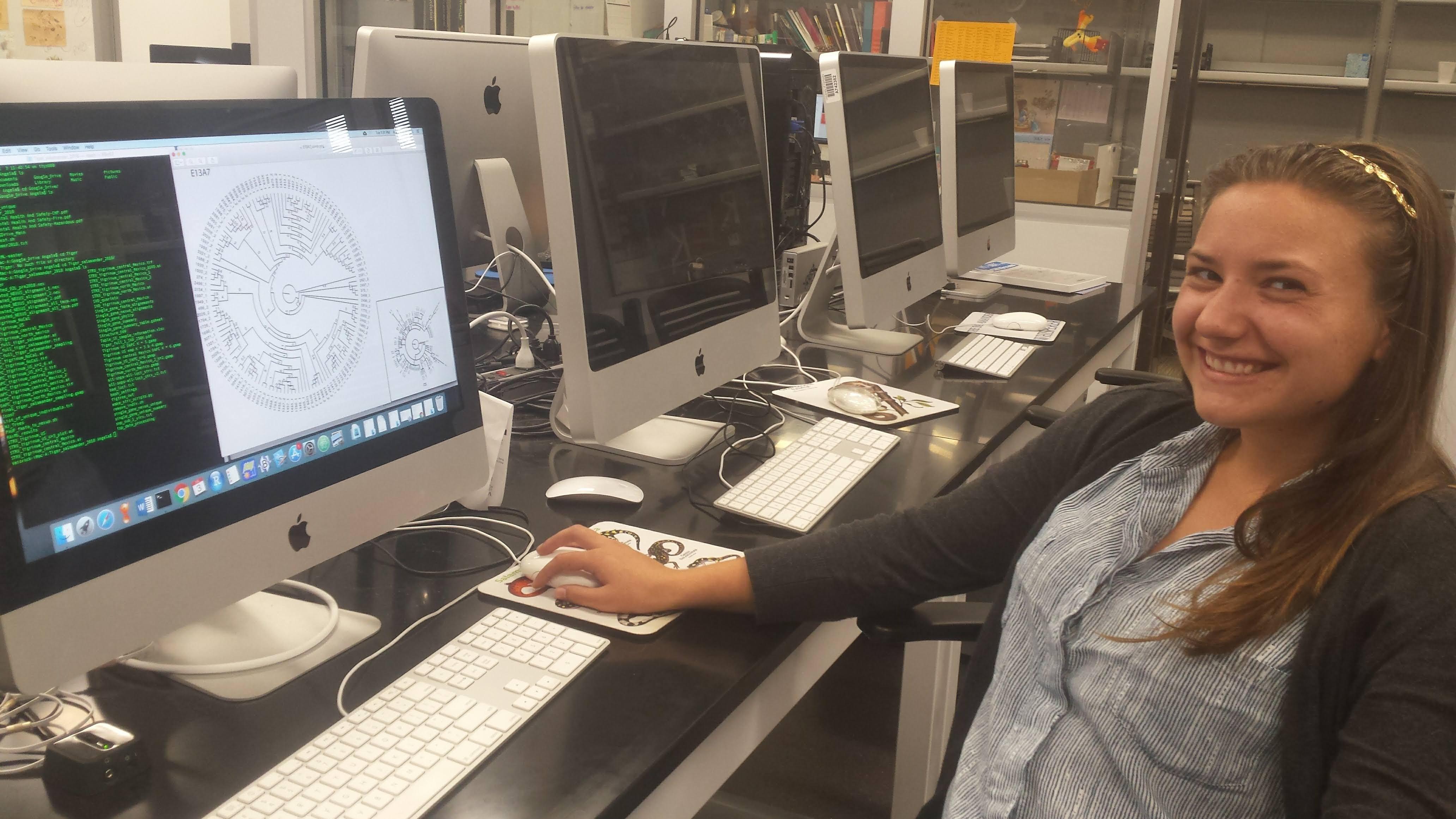 Angela Jones, the daughter of Marc and Roberta Jones, of Attica, New York, is a junior majoring in biology and chemistry with a biochemistry emphasis in the College of Arts and Sciences and a member of Lewis Honors College. Jones, a Chellgren Fellow, is also minoring in piano performance.

An undergraduate researcher at UK, Jones examines the population genetics of the tiger salamander species complex in the lab of David W. Weisrock, associate professor of biology. Based on this research, she was awarded a Summer Research Grant at UK, presented at the National Conference for Undergraduate Research, and was invited to present at a national societal conference this summer.

Jones also works in the lab of Alumni Association Endowed Professor of Biological Chemistry D. Allan Butterfield, where she is studying the effects of ApoE4 in Alzheimer's disease pathology via the pentose phosphate shunt. Work in this lab has resulted in Jones receiving departmental honors in chemistry.

Upon completion of her bachelor's degrees in 2020, Jones plans to pursue a doctorate in biology studying the pathways of differentiation in induced pluripotent cells.

Tom Shelton, the son of Ann and Tom Shelton, of Oregonia, Ohio, is a junior majoring in physics and mathematics in the College of Arts and Sciences.

Since his freshman year, Shelton has been participating in undergraduate research under the direction of Chris Crawford, associate professor of physics and astronomy. Initially, he worked on COMSOL modeling of hybrid magnetic shielding. More recently he joined in the neutron beta decay experiment Nab, where he has been implementing digital signal processing to perform highly parallelized, real-time data analysis.

Additionally, Shelton received a Summer Research Grant from UK last summer and a Science Undergraduate Laboratory Internship from the Department of Energy to support research at Oak Ridge National Laboratory under the supervision of Leah Brousard.

Upon completion of his bachelor's degrees at UK in 2020, Shelton plans to pursue graduate studies in physics.

Lewis Honors College member Eura Shin, the daughter of Mee-Ryoung Shon of Morehead, Kentucky, and Hwan Shin, of Tyler, Texas, is a senior majoring in computer science in the College of Engineering and minoring in mathematics.

Shin, who started participating in research in her high school years at Gatton Academy, found several opportunities for undergraduate research. As part of the Medix Research Experience for Undergraduates at DePaul University, she conducted summer research in building computer aided diagnosis systems for lung cancer. During Shin's education abroad program, she pursued research in an eco-informatics lab at University of Canterbury, where her research involved comparing food webs between ecological communities. And, as a recipient of a 2016 Research Internships in Science and Engineering (RISE) from the German Academic Exchange Service (Deutscher Akademischer Austauschdienst – DAAD) she helped create a computational model of the heart at Germany's Karsruhe Institute of Technology.

On campus, Shin has worked on smart home research that is part of a larger collaboration between UK and University of Missouri Science and Technology. The goal of this initiative is to create energy-saving solutions that benefit both the environment and smart home owners.

This summer Shin will participate in one of the National Science Foundation's Research Experiences for Undergraduates at University of Southern California, where she will work on physically assistive robots.

Upon completion of her degree this December, Shin plans to pursue a doctorate in machine learning and artificial intelligence and conduct research creating medically assistive technologies.

UK students interested in applying for the Goldwater Scholarship should contact the UK Office of Nationally Competitive Awards. Part of the Chellgren Center for Undergraduate Excellence within the Division of Student and Academic Life at UK, the Office of Nationally Competitive Awards assists current UK undergraduate and graduate students and recent alumni in applying for external scholarships and fellowships funded by sources (such as a nongovernment foundation or government agency) outside the university. These major awards honor exceptional students across the nation. Students who are interested in these opportunities are encouraged to begin work with Director Pat Whitlowwell in advance of the scholarship deadline.

The University of Kentucky is increasingly the first choice for students, faculty and staff to pursue their passions and their professional goals. In the last two years, Forbes has named UK among the best employers for diversity and INSIGHT into Diversity recognized us as a Diversity Champion two years running. UK is ranked among the top 30 campuses in the nation for LGBTQ* inclusion and safety and the Chronicle of Higher Education judged us a “Great College to Work for.” We are ranked among the top 10 percent of public institutions for research expenditures — a tangible symbol of our breadth and depth as a university focused on discovery that changes lives and communities. And our patients know and appreciate the fact that UK HealthCare has been named the state’s top hospital for three straight years. Accolades and honors are great. But they are more important for what they represent: the idea that creating a community of belonging and commitment to excellence is how we honor our mission to be not simply the University of Kentucky, but the University for Kentucky.