Linnen was recently published in the prestigious journal Science for her work with deer mice. These critters provided key insight into understanding how underlying molecular and evolutionary mechanisms function as an organism adapts to new environments.

"In the more than 150 years since the publication of Charles Darwin’s 'Origin of Species,' in which the idea that small, incremental changes can over great distances of time evolve new forms, more modern thought and modern technologies have only reinforced and augmented  Darwin’s grand and dangerous idea," Vincent Cassone, chair of the Department of Biology, said. "Dr. Linnen’s work on deer mice shows, in great molecular genetic detail, that small changes in a single gene can have broad effects on animals’ ability to survive and to adapt to a new environment, adding to the theoretical a molecular mechanism!"

Linnen said that, from an evolutionary standpoint, a longstanding question going all the way back to Darwin involves when organisms adapt to new conditions: do they tend to do so by big leaps or small leaps?

Her research, dating back to her post-doc days in leading genetics researcher Hopi Hoekstra’s lab at Harvard University starting in 2007, focuses on how organisms adapt to new environments and changing conditions. More specifically, by identifying the precise mutations responsible for adaptive changes, she can determine both how individual mutations alter gene function and also how these changes have evolved over time.

"Understanding how organisms adapt to new conditions is a really important question because, as we know, humans have had a big impact on the environment," Linnen said. "Human activity has led to both habitat destruction and a global increase in temperature, and as a result, there is intense pressure for organisms to adapt to these changes. This is just one of many reasons why longstanding evolutionary questions about the genetic underpinnings of adaptive change have important implications for the real world." 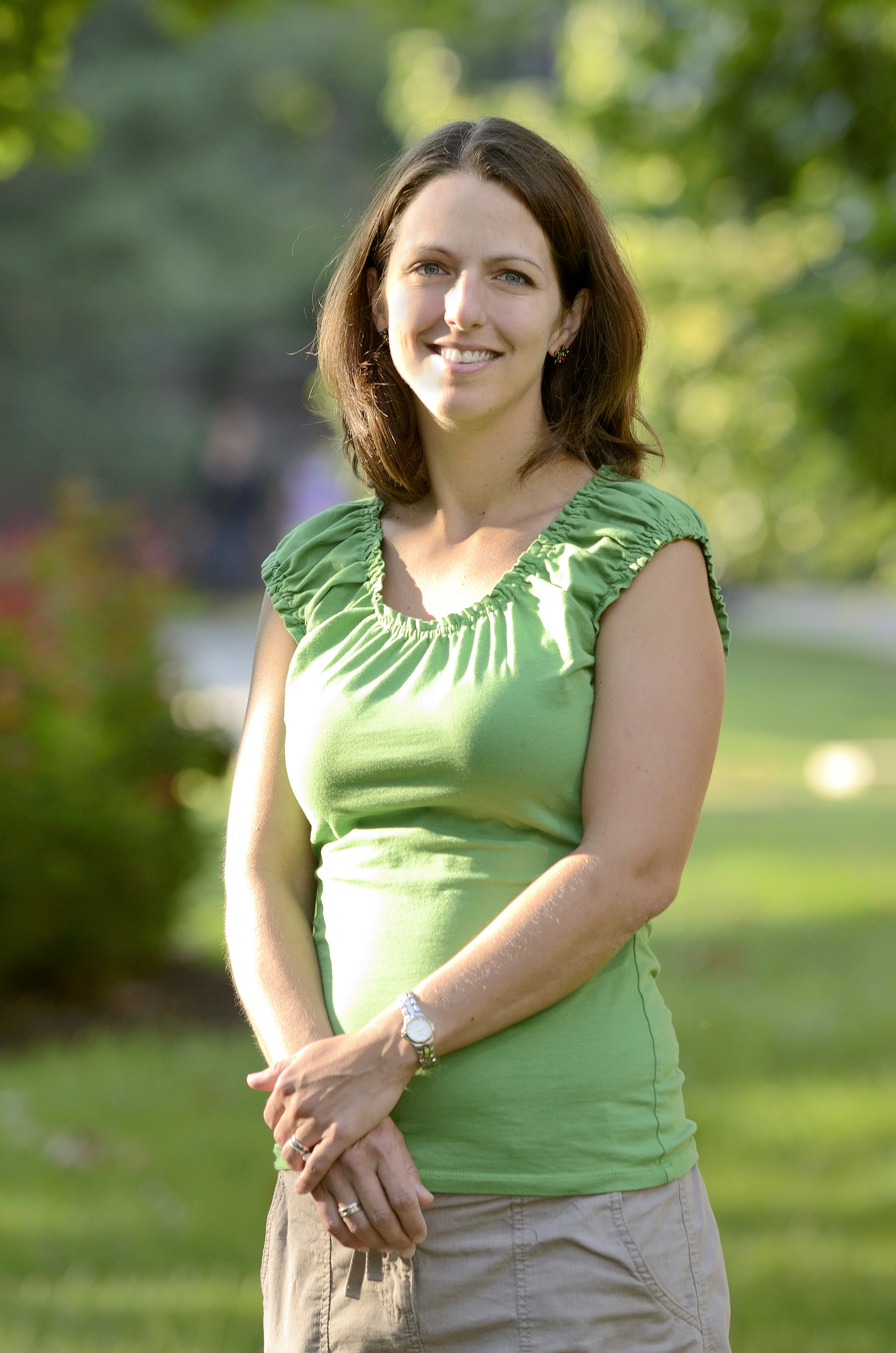 Linnen focused her study on deer mice from the Sand Hills of Nebraska, an area that arose approximately 8,000 years ago and covers roughly a quarter of the state. The soil on the Sand Hills is much lighter than in surrounding region. The mice and other organisms that live on hills tend to be much lighter; Linnen said that their lighter color affords them protection from predators. In this habitat, natural selection favors things that are lighter.

Placing clay models of mice painted different colors on the Sand Hills and examining whether they exhibited beak or claw marks afterwards, Linnen and her colleagues showed that the lighter models were hit significantly less often by predators. This solidified the idea that the mice's light color was probably an adaptation to avoid predators.

Next, the researchers looked specifically at the genes, and they noticed that the mice utilized multiple avenues to arrive at an overall lighter color.

"There is more than one way to get light," Linnen said. "For the mice on the Sand Hills, their backs are lighter, their bellies are lighter, and their tail stripe is much thinner and lighter compared to mice that live outside the Sand Hills. We determined that the overall lightness of Sand Hills mice is due to multiple changes, all within the same gene, which are each tweaking different aspects of this overall color. These findings suggest that evolution works by these smaller steps rather than big leaps."

Linnen said that, more broadly, one can view evolution in one of two ways.

"Either, it is this blunt hammer, where you get lighter mice that are somewhat better suited for the new habitat, or you can have a more precise chisel that finely hones different aspects of color to really make the mice fit that habitat well. Our data suggests that natural selection is really chiseling, or fine-tuning these mice to their new habitat. And all of this happened within a pretty rapid time frame; within the last 8,000 years we have seen all of these changes at the same gene."

Linnen said that she collected enough data from this particular project to continue investigating the molecular and evolutionary mechanisms underlying adaptation in deer mice for years to come.

"We are very fortunate to have Dr. Linnen join our increasingly strong Department of Biology and look forward to great discoveries in the future," Cassone said.