Four students of Japan Studies at the University of Kentucky participated in the annual Kentucky Japanese speech contest that took place in Norsworthy Auditorium, located next to the Fayette County board of education building, on Saturday, April 18, 2015.

Henry Udaru won first place for the Level 4 competition (for college students who have studied Japanese up to four semesters). Udaru, a biology major and a student from Nigeria, is currently enrolled in JPN 202. In the speech, he talked about his desire to help people, particularly children, as well as his goal of becoming a medical doctor. 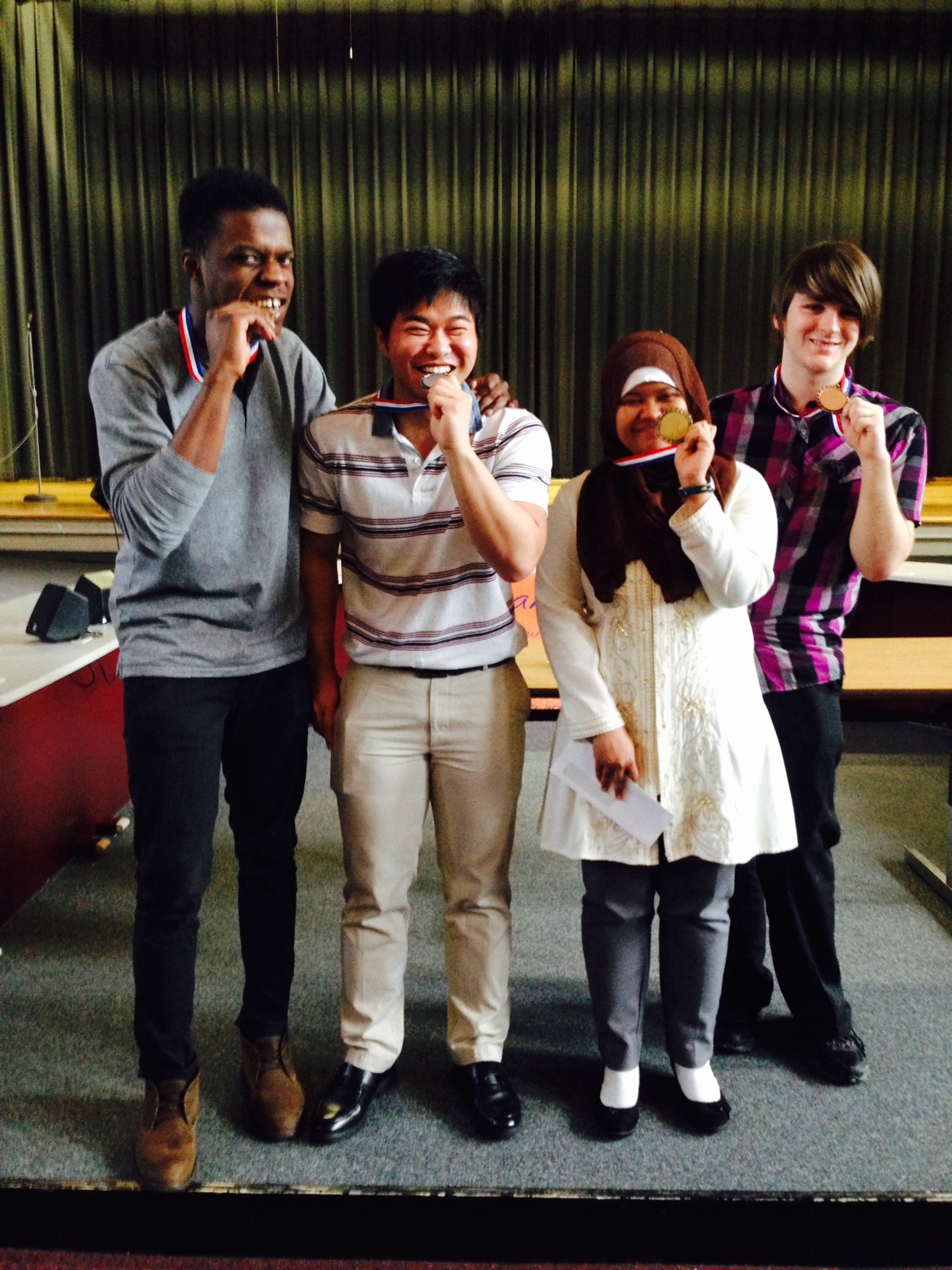 Wang, a biology major and a student from China, talked about the significance of learning a foreign language in reference to his goal of working on environmental issues in the future.

Widayanti, a math major and Japan studies minor and a student from Indonesia, elaborated on the importance of learning and critical thinking in her attempt to develop a critique of ISIS. Widayanti also received the Japanese Consul-General's Award, due to the depth and breadth of her speech which she delivered without making a single mistake.

One high school teacher who observed the speech contest commented in her email, “My students were inspired by the high quality speeches given by the level 4 and 5 students, and I believe they are now more motivated to study harder."

With the help of Japanese language instructors, in particular Nobuko Patton, these students indeed put a lot of energy and thought to the process of composing speeches and delivered them superbly.