Walker, an associate professor of English at the University of Kentucky as well as founder of the Affrilachian Poets, was recognized for his most recent book of poetry, "Turn Me Loose: The Unghosting of Medgar Evers." 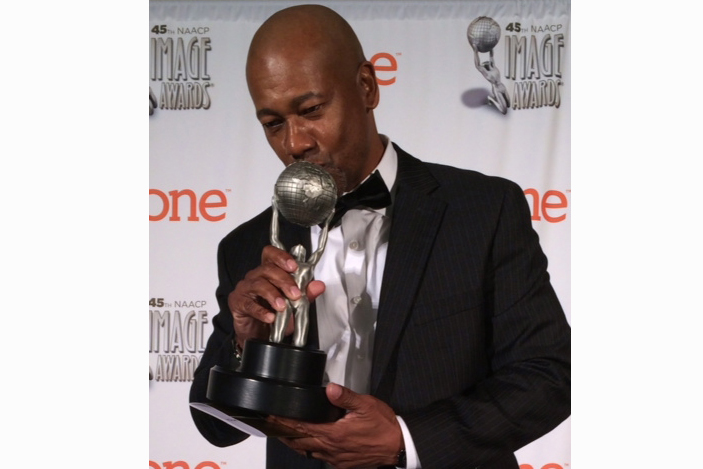 “I am thrilled for Frank, whose scholarship is deserving of national recognition,” said Mark Lawrence Kornbluh, dean of UK’s College of Arts and Sciences. “Frank’s book brings to light many perspectives surrounding this historical event, breathing new life into an ongoing dialogue of cultural and racial relations. He is an amazing poet, writer, teacher and activist.”

Published last year, the 50th anniversary of Evers’ killing, the award-winning book addresses the life and murder of the civil rights leader, as told through the Walker-crafted poetic voices of those closest to the man and the 1963 assassination in Mississippi — Evers' widow, Myrlie Evers; his older brother Charlie; the white supremacist assassin who killed him, Byron De La Beckwith; and De La Beckwith's two wives.

“Frank X Walker's searing, haunting poetry dramatically captures a terrible moment in U.S. history,” said Jeffory Clymer, the chair of the UK Department of English.  “Even more, Frank's poems move his readers, emotionally and intellectually, toward a fuller understanding of that history.

“This is a richly deserved award for a brilliant collection of poems,” Clymer added.

Walker, who is affiliated with UK’s African-American and Africana Studies as well as the Appalachian Center, has published other poetic works about historical African-American figures, including York, who accompanied Lewis and Clark on their exploration of America, and Isaac Murphy, the Lexington African-American jockey who was the winningest rider in horseracing.

Listen online to Walker reading from his work on a radio program produced by UK's NPR affiliate, WUKY 91.3 FM.

Or, watch a video featuring Walker talking about what it means to be a writer and teach at his own alma mater.

The NAACP Image Awards program, now in its 45th year, celebrates the "accomplishments of people of color in the fields of television, music, literature and film and also honors individuals or groups who promote social justice through creative endeavors."

The other nominees in the category were: "Chasing Utopia: A Hybrid" by Nikki Giovanni; "Hum" by Jamaal May; "The Cineaste: Poems” by A. Van Jordan and "The Collected Poems of Ai" by Roslynn O'Carroll.