Landslides: A Threat in Kentucky Too

(March 27, 2014) — Kentucky geologists say Saturday morning's landslide in rural Snohomish County, Wa., should serve as a reminder that other parts of the country, including the Commonwealth, face similar threats. 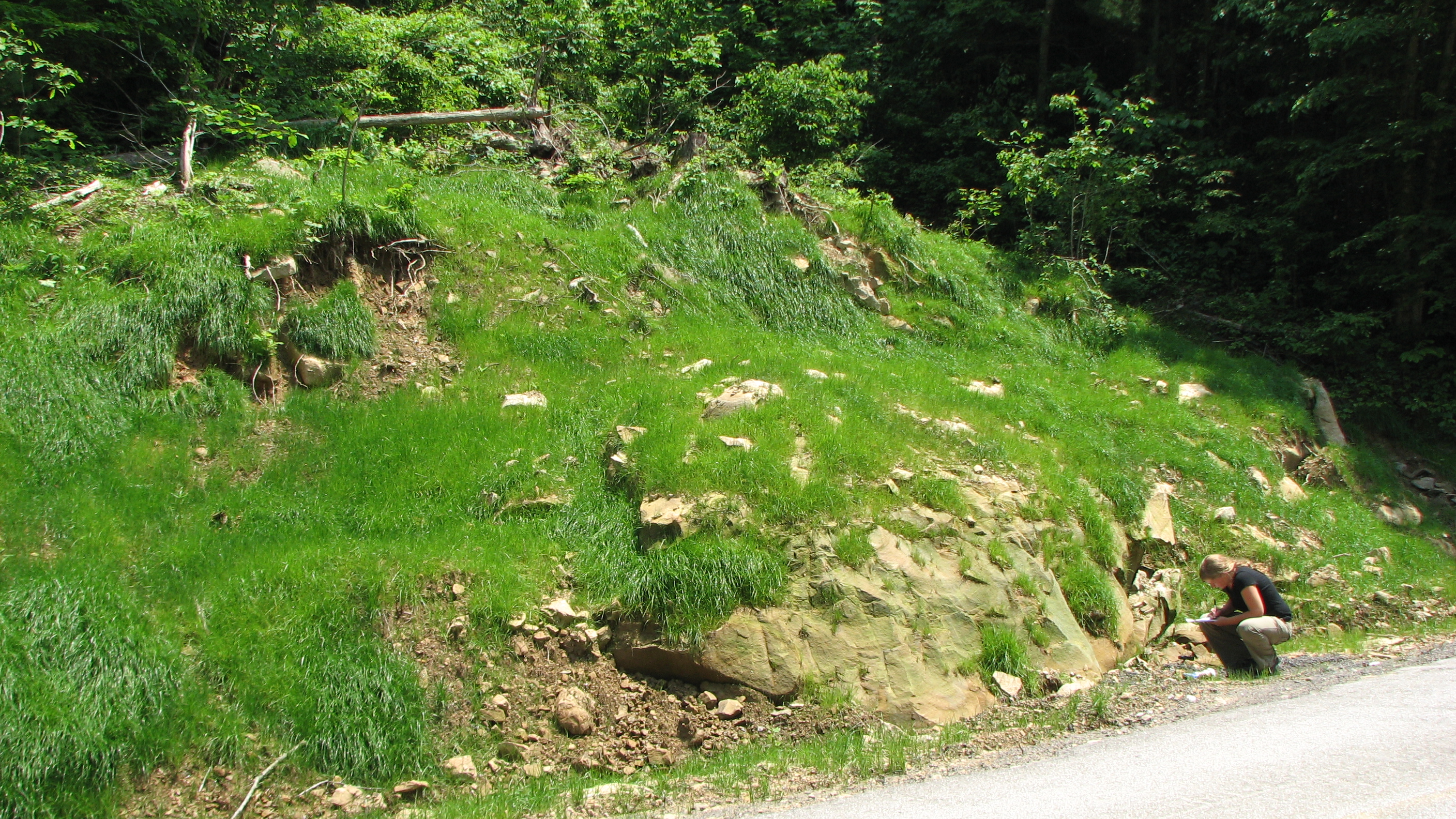 The incident in Washington state, reported to cover about a square mile, occurred as a result of recent heavy rains that saturated the ground. Kentucky has also been affected by landslides, though most of them are not as large or devastating as the Washington state slide.

The Kentucky Geological Survey (KGS) at the University of Kentucky is compiling a landslide inventory database to better document the distribution and geologic context of Kentucky’s landslides.

“The purpose of the database is to provide users easy access to landslide information, raise awareness of landslide causes, and avoid property damage or injury,” says Matt Crawford, who maintains the database at KGS. “Landslides are more likely to occur in areas of existing slides, because the rocks and soil are already weakened, although the style and rate of movement may be different.” 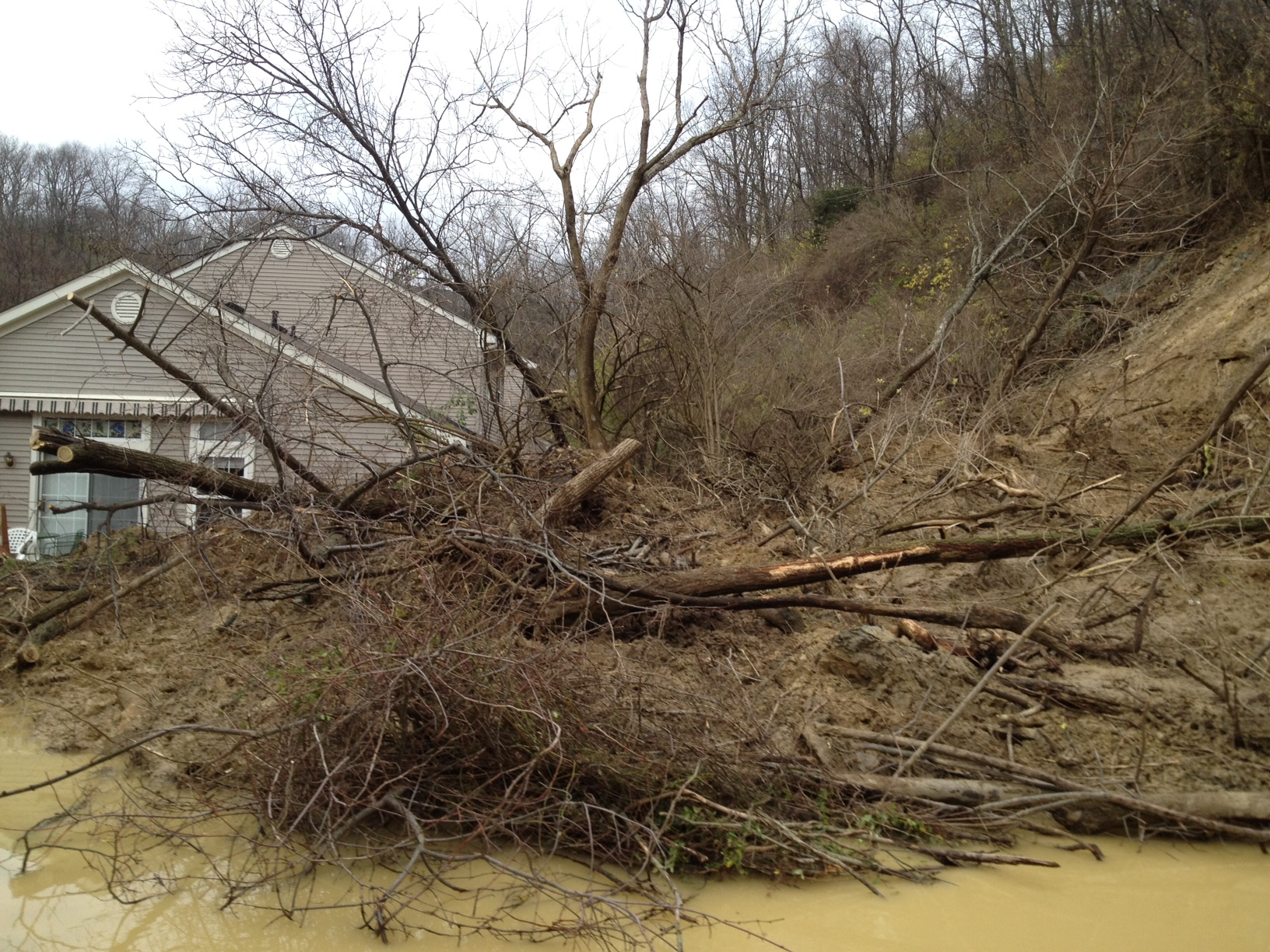 “Landslide” is a broad term referring to the downslope movement of rock, soil, or both under the influence of gravity. The type of material in a landslide and its style of movement influences decisions needed for hazard mitigation and risk reduction. The majority of landslides in Kentucky occur within colluvial soils or along the soil-bedrock contact. Colluvial soils are formed by weathering and erosion of rock and soil accompanied by downslope movement by gravity. When disturbed or loaded, by heavy rainfall saturating a slope, for example, these soils are susceptible to landslides.

The Greater Cincinnati/Northern Kentucky area and Eastern Kentucky are particularly susceptible to landslides. These areas have steep slopes, easily weathered rock types, and locally thick, weak soils. When combined with several triggers such as intense rainfall, water-level change, or modification of slopes by humans, landslides can occur. Crawford and others at KGS have visited multiple landslide sites to assess them and help local governments with long-term solutions.

Local governments and regional planning agencies have requested his help with assessing damaging incidents in Lawrence and Boyd Counties, where homeowners have been forced to move out after sudden movement of the ground undermined their homes. Crawford has monitored a landslide in rural Boyd County, where a home has been abandoned. He used soil sampling and instruments to determine groundwater levels, the speed of the ground movement, and the depth and shape of the sliding groundmass at the site.

In addition to the landslide inventory and site assessments, a study correlating highway maintenance-cost data for landslides and rockfalls to geologic units has been recently completed by another KGS researcher. Seven years of Kentucky Transportation Cabinet data were analyzed to determine the geologic and geographic context of slides and falls that cost $37.4 million in repairs. Bethany Overfield found that not all geologic units have an equal likelihood for these hazards. According to Overfield, repair-cost analysis highlighted geologic units that were the most costly to maintain and most frequently repaired. This analysis provides transportation engineers and planners with a predictive tool for better assessing future roadway construction and budgets.

KGS has resources available to help people find out more about landslides in this region. Information, photos, and a KGS fact sheet are 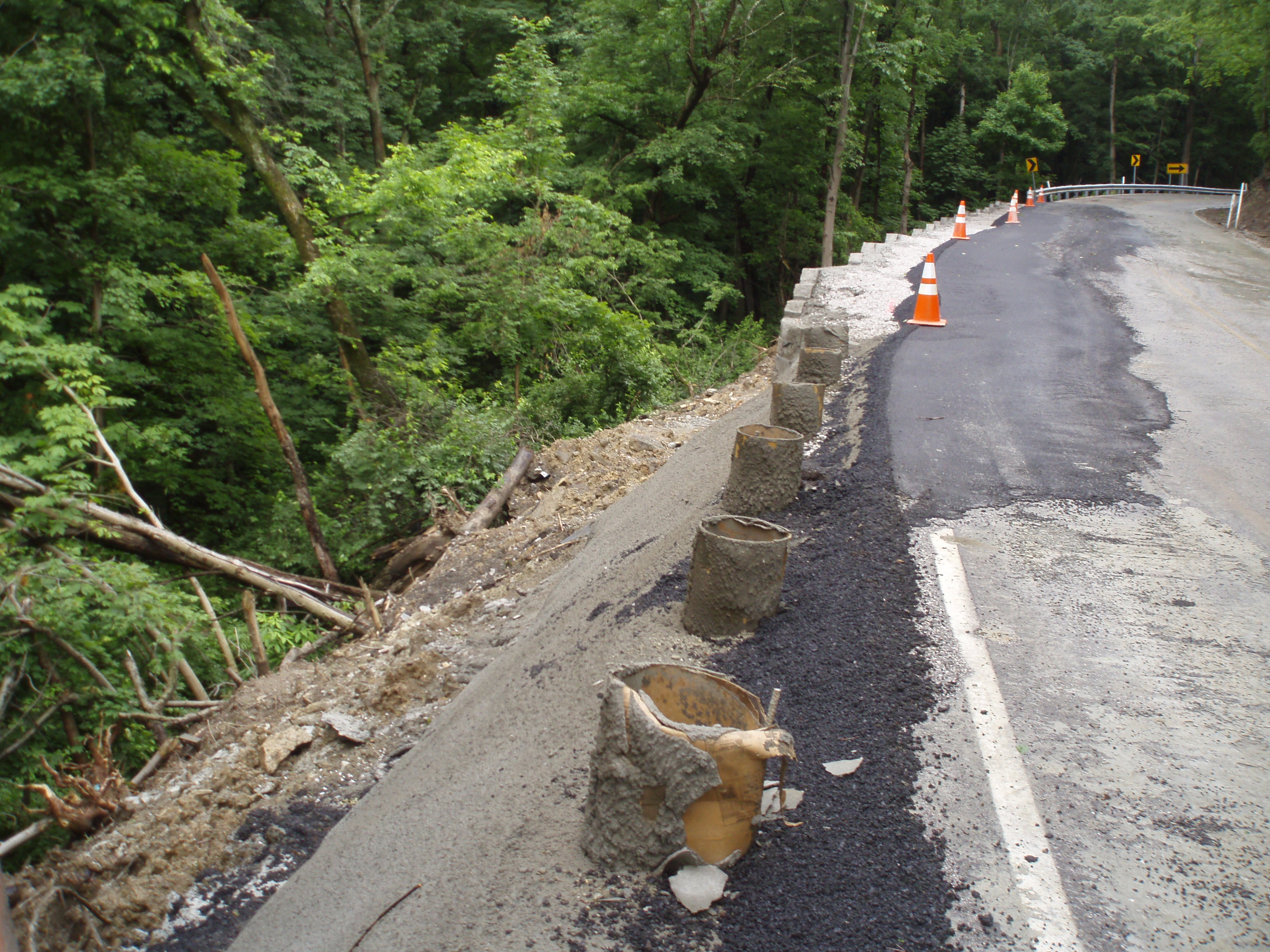 The KGS landslide database was used to create an online landslide information map that shows locations of known landslides and areas susceptible to landslides in a geologic and geomorphic context. It can be seen here.

KGS partnered with the geological surveys of Indiana and Ohio, as well as the University of Cincinnati geology department, to produce a detailed pamphlet about the region’s landslide conditions. Duke Energy provided funding to print “Landslides and Your Property” in 2013. Folded, ready-to-use paper copies are available from the KGS Public Information Center on the UK campus for $4 each. They may be ordered by calling 859-257-3896 or toll-free at 1-877-778-7827and asking for publication 17740. A low-resolution version of the publication can also be viewed here.