De Long says the artificial ferromagnetic quasicrystals at the center of his work were celebrated because such intricate patterns had never been fabricated before.

“It’s all about topology,” he explained. “The fact it’s nickel-iron doesn’t matter in any details. We can do what we want with [the design] within reason. The basic properties of it are determined just by its pattern.” 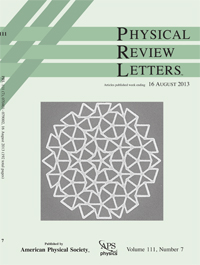 The artificial quasicrystals De Long’s group produced are composed of a network of sub-micron-scale thin-film segments, taking the shape of a Penrose tiling with five-fold rotational symmetry. At such a small scale, the geometry of the segment pattern dominates the spatial texture of their magnetic domains. The design can be expanded to large-scale arrays but their geometry will remain aperiodic, meaning that the structure will never be fully repeated in space.

Whereas the magnetic domains within a continuous film of the same nickel-iron alloy generally exhibit random geometrical textures, modern nano-fabrication techniques allowed De Long and his collaborators to design an artificially structured meta-material with more controlled small scale magnetic domain patterns. In particular, the magnetic poles of individual domains can be systematically reversed, which is of great interest for information technologies.

The complex behavior of the structure results from the variety of vertices that join two or more thin-film segments and the different angles these segments make with an external magnetic field. De Long’s graduate students Vinayak Bhat and Barry Farmer noticed different energies can be assigned to different vertices in the structure, appearing to control the time sequence of reversals of individual segments by a changing external magnetic field.

While quasicrystals made of atoms exist only rarely in nature, the magnetic properties of these artificial quasicrystals are easier to create and manipulate. “This is the first time anybody has made a pattern like that out of magnetic materials and looked at their properties,” De Long said.

“This work is a major breakthrough in the field of meta-materials research,” added Gang Cao, fellow professor in astronomy and physics at UK.

De Long says that these types of patterns are thought to be related to memory storage in the human brain, and suggests the complex, controlled reversal his group is studying may have an impact on models for neural networks. For now, though, the most important step is learning more about the new physics underlying the controlled magnetic properties exhibited by artificial quasicrystals.

“When you see a new pattern like this, the paradigm is the key,” he said. “There are model systems that you study and try to understand for applications to other systems. This may serve that kind of function.”