Explaining and understanding Earth surface systems almost always requires some triangulation between three different sets of factors. The first, examples of which are shown on the lower left corner of the triangle below, are general principles and relationships that apply everywhere and always. Second, on the upper point, are environmental factors--characteristics of locations and regions such as climate, geology, etc. On the lower right of the triangle is the third set of factors, related to past events and time available for the system to develop. 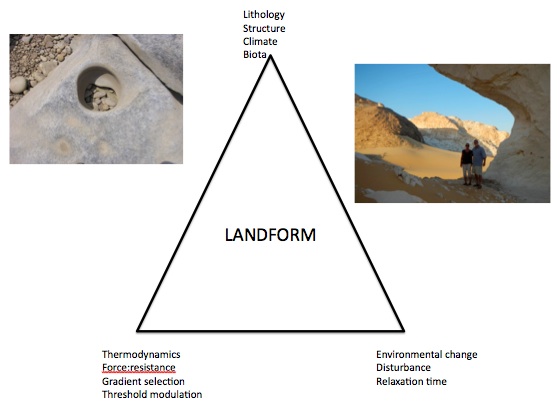 This can be generalized as laws, place, and history, as shown below. 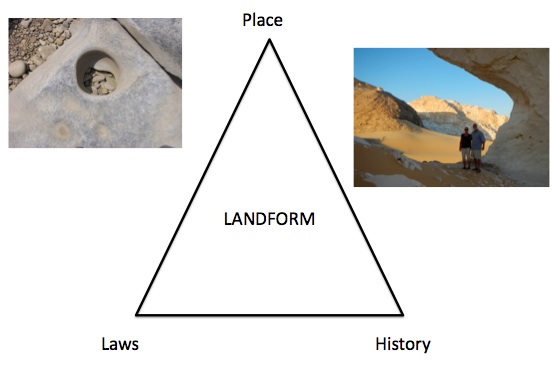 The laws-place-history triad has, at least implicitly, long been used for explanation by many Earth and environmental scientists. Inspired by the "epidemiological triangle" used by medical geographers, I began depicting the framework in triangular form as a pedagogic device for my classes. I recently used it in a research presentation, and several in the audience commented that they found it useful. As I doubt whether I will ever have time to write it up in any more formal setting, I decided to post it here.

The triangle can be used in other contexts, as well. For example, plant geographers and ecologists might explain vegetation communities on the basis of general biotic laws, the environmental setting, and past land uses, disturbances, biological legacies, etc: 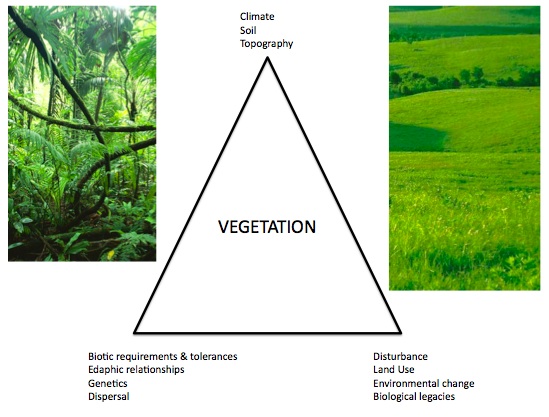 Finally, here is an example I use in my introductory physical geography class. Mammoth Cave, the world's longest, is in south central Kentucky. What explains the presence of such an extraordinary feature? First are the general principles of karst geomorphology and cave location that would apply in any karst landscape (lower left). Second are a particular set of geographic characteristics, such as thick, pure limestones overlain by a protective sandstone caprock, that allow large cave passages to develop. Finally, the incision history of the Green River--where all the water creating and moving through Mammoth Cave eventually drains--has allowed the development of multiple, successive levels of the cave. 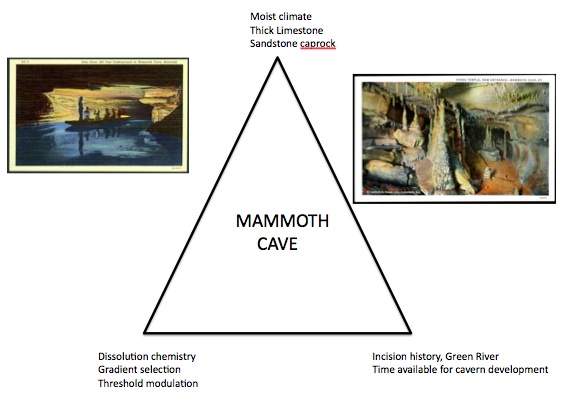