Sesquicentennial Series: A Place of Observation

LEXINGTON, Ky. (Nov. 22, 2013) — In celebration of the University of Kentucky's upcoming sesquicentennial in 2015, the 70th of 150 weekly installments explores the history of observatories on campus.

By December of 1905, the college had purchased a telescope for $1,000 but there were no accommodations for its mounting. It was recommended to the Board of Trustees that to build a suitable observatory building and to cover the cost for proper care of the telescope would cost around $2,000. A request was made to the Board of Trustees that an appropriation in that amount be named. This first campus observatory was located on the northeast corner of what is now McVey Hall.

By 1928 the university campus had grown. The Board of Trustees minutes reflected the need to move the observatory because it was in the way of the new recitation building that was then being built. It was stated that although it was convenient to have the observatory building close to the university center so that students could reach it during the intervals between classes that it was almost useless because there was now insufficient elevation all the way around, and the reflected lights from the city interfered with viewing. 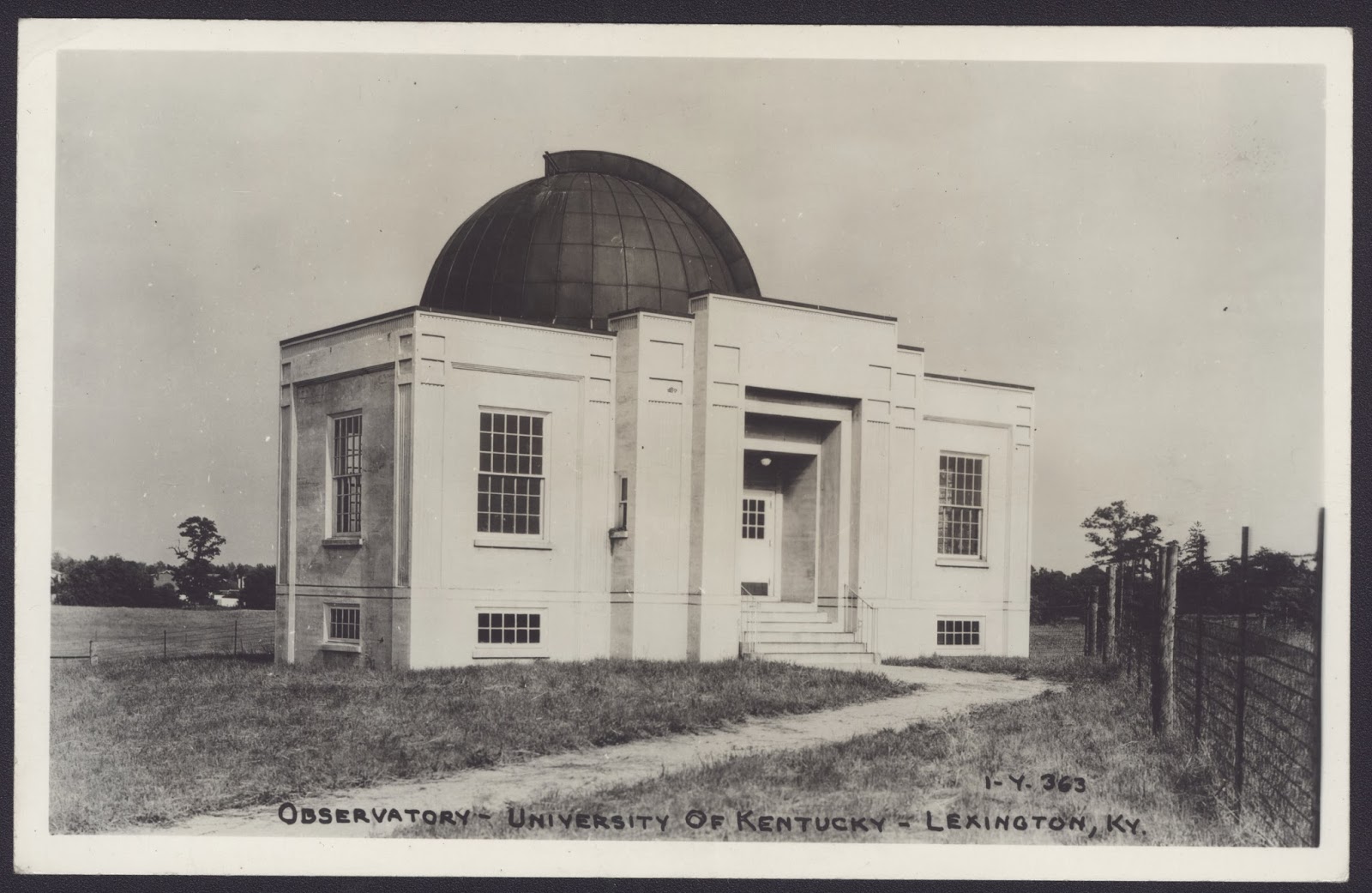 In 1929, President Frank McVey presented to the board the matter of the observatory, which had by then been removed from central campus. He recommended that the observatory be reconstructed at the head of Woodland Avenue on the University Farm, indicating that this location was quiet, out of reach of the city, and would be fairly suitable for observation purposes at that point. The motion was made, seconded, and carried. In 1930, bids were put out for construction and it was completed in 1931.

The observatory contained two refractor telescopes, one equatorially mounted 8-inch and one, 2/12-inch. A 20-inch reflector telescope was purchased soon after. Through the telescopes, one could see craters and mountains on the moon, various planets, comets and stars. A photographic attachment was added to the telescope for making pictures of astronomical observations. The observatory was ultimately constructed on the experiment station farm at the intersection of Woodland and Hilltop Avenues.

By 1959, Cooperstown had been constructed and lights were once again interfering with viewing, so a new observatory location was once again under consideration. At this point, the observatory was open to the public every Thursday evening from 7:30-8:30 p.m. However by 1963, the observatory was considered surplus to the needs of the university and dismantled in 1965. The telescope and dome were given to Eastern Kentucky University. 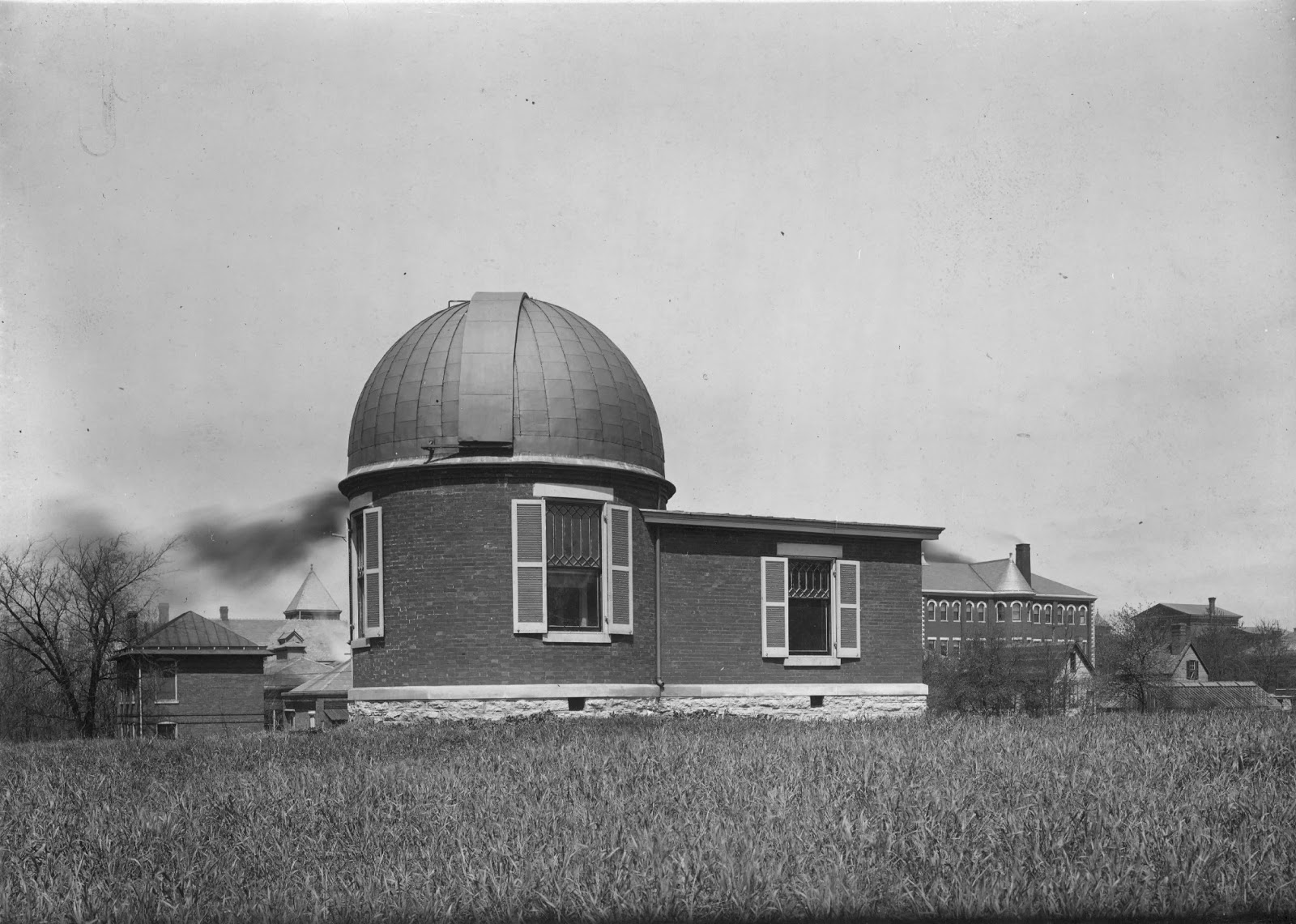 In 2008, the third campus observatory officially began operations. The MacAdam Student Observatory, operated by the Department of Physics and Astronomy, was built after a $250,000 gift from Keith and Phyllis MacAdam initiated the project and was matched by the Research Challenge Trust Fund.

Located on top of parking garage structure #2, the MacAdam Student Observatory is used by faculty and students for research and learning. The observatory staff welcomes the public to the facility and presents a program of public outreach on every second Thursday of the month.

This story on UK's history is presented by UK Special Collections. Special Collections is home to UK Libraries' collection of rare books, Kentuckiana, the Archives, the Louie B. Nunn Center for Oral History, the King Library Press and the Wendell H. Ford Public Policy Research Center. The mission of Special Collections is to locate and preserve materials documenting the social, cultural, economic and political history of the Commonwealth of Kentucky.