Matt Wray, a sociologist from Temple University, has been researching suicide across the United States. He will visit UK to give a talk called "Early Mortality, Stigma, & Social Suffering in Appalachia" from noon-1:30 p.m. Wednesday, March 27, in the UK Student Center Small Ballroom.

The lecture is free and open to the public. There will be a lunch reception afterward, at 1:45 p.m. in the University of Kentucky Appalachian Center at 624 Maxwelton Court, for a continued discussion with the speaker. 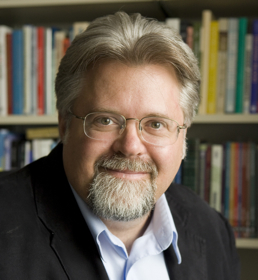 Wray was a Robert Wood Johnson Foundation Health and Society Scholar at Harvard University from 2006-2008, and this talk is related to his work in medical sociology and public health on suicide. He is also well-known for his scholarship on whiteness and class relations.

Matt Wray examines health disparities among different regional populations in the U.S., particularly focusing on the widening gap in health and lifespan between white Appalachian residents and white U.S. residents overall. In his upcoming talk, he will raise the role of stereotyping and stigma as a factor in the population health disparities between regions and will explore the possibility of addressing this in health and social science research without furthering stigmatization and stereotyping of the Appalachian region.