(Sept. 19, 2014) — This weekend, Huajing Maske, executive director of the Office of China Initiatives and director of the Confucius Institute at the University of Kentucky, will receive the Amici Linguarum (Friend of Languages) Award given by the Kentucky World Language Association (KWLA). The honor recognizes an individual or organization not directly involved in teaching world languages that has made a significant contribution to the profession.

Maske will be presented with the Amici Linguarum Award at the annual KWLA Awards Luncheon scheduled for Sept. 20, at the Hilton Downtown Hotel, in Lexington.

Nominated, by Jacqueline Van Houten, world language and international education consultant for Kentucky Department of Education, Maske was recognized for the work the Confucius Institute does in K-12 teaching and outreach programs as a central initiative of the institute. The association noted Maske's work building language programs of substance and a sustaining nature within schools, specifically mentioning the placement of teachers in Woodford County and the regular professional development with national and local presenters provided to those educators. The awards committee also recognized the support Maske has given these programs by organizing trips for school administrators, university leaders and community members to understand the importance of the language programs.

In addition, KWLA praised Maske's work with UK College of Education creating a rural school site in Xi’an, China, where student teachers can learn culture in an authentic placement and while strengthening their language skills. The program has even created classes for mothers and babies to start interest in Chinese language skills early in communities.

"Huajing Maske has raised the bar and set the standard, going above and beyond the call of duty, telling people everywhere that world language education is important and a worthy investment," said Benjamin Hawkins, KWLA awards committee chair. "In the end, people all over the Commonwealth will be the ultimate beneficiaries as they will be equipped with one more tool as they experience an ever-changing global job market, they will have a more informed, and hopefully open and positive, global outlook." 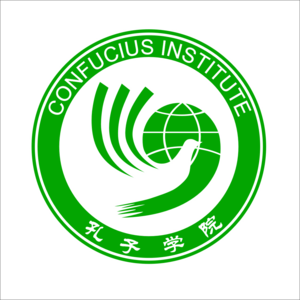 The mission of the UK Confucius Institute is to serve as Kentucky’s gateway to China in the areas of education, arts, culture and business. Maske and her staff have been largely successful in fulfilling this mission at UK, local Kentucky schools and in the community at large.

Since its inauguration, the institute has positioned itself as a conduit of UK’s China initiatives, and created many successful partnerships between colleges at UK and Chinese Universities. As noted above, the UK Confucius Institute has also played a valuable role in K-12 Chinese language and cultural education.