A child’s ability to focus on a videogames is not necessarily the type of focus parents should look for when determining attention deficit hyperactivity disorder.

In fact, increased focus on a screen as opposed to other activities is actually a characteristic of ADHD, according to pediatrician Perri Klass.

"Is a child’s fascination with the screen a cause or an effect of attention problems — or both? It’s a complicated question that researchers are still struggling to tease out," Klass wrote in a recent New York Times story.

Klass references University of Kentucky psychology professors Elizabeth Lorch and Richard Milich in her piece highlighting the relationship between a child's attention to the screen and ADHD.

Lorch and Milich's 2007 study in the journal Media Psychology compared television watching in a group of children diagnosed with ADHD and a group without. Their research concluded that most differences were accounted for by family factors and environment, including whether the children had televisions in their bedrooms. ADHD by itself didn’t seem to make the difference. The connections between ADHD and screens, the authors concluded, were complex.

Lorch also studied children’s ability to comprehend televised stories. While children with ADHD were able to recall facts from the stories they watched just as well as other children, there was a difference in their ability to understand the narrative and to separate out what was important.

“Why did an event happen, why did a character do this — that’s where the comprehension and recall of children with ADHD tends to fall down,” Lorch told Klass.

Milich suggested that this finding may also shed light on social difficulties. “This inability to see causal relations may affect this social problem we’ve known for 30 years,” he said. “These kids have dramatic social problems. They’re highly rejected by their peers.”

Both Lorch and Milich focus their research on ADHD, but in different capacities.

Lorch focuses on the development of attention and comprehension processes in typically developing children and children diagnosed with ADHD. Milich's research focuses on childhood behavior problems, especially ADHD and conduct disorder, among other areas. 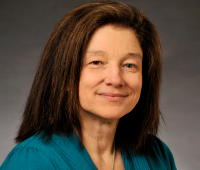 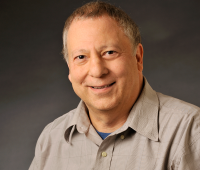