The University of Kentucky College of Arts and Sciences will induct six new members into the A&S Hall of Fame on Friday, Oct. 19.

For more about each honoree, see their brief biographies below. 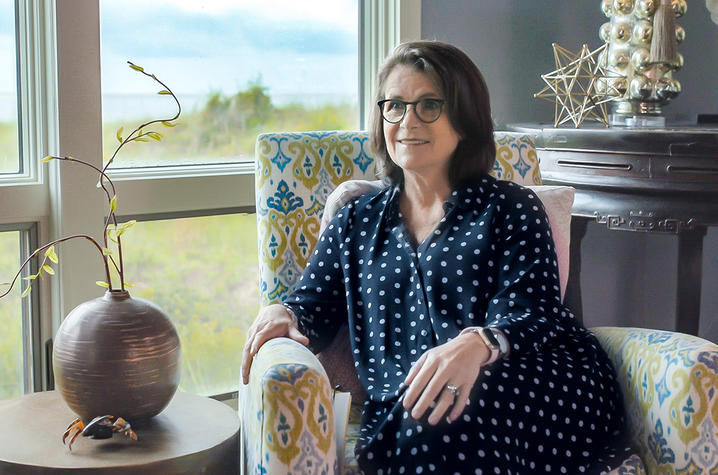 Garr is a native of Louisville, Kentucky. Early in her sophomore year at UK, she chose the path of topical studies with an emphasis in art therapy. Garr’s activities ranged from a semester as staff artist for the Kentucky Kernel to public relations director for the UK Student Center Board. Garr has worked at some of the top advertising companies and management agencies, including Brown & Williamson International, Leo Burnett, J. Walter Thompson, Publicis, Ammirati Puris Linta and more. She has led brand strategy and communications initiatives for some of the most successful brands nationally and internationally, including Quaker, Nabisco, Seven-Up, Philip Morris, Whirlpool, Fujifilm, Thomson/RCA, Sony, Marriott International, Thomson-Reuters and UBS. Garr has devoted much time and energy to advocating for women and children. She also sits on the advisory board to the College of Charleston’s Entrepreneurial Program. 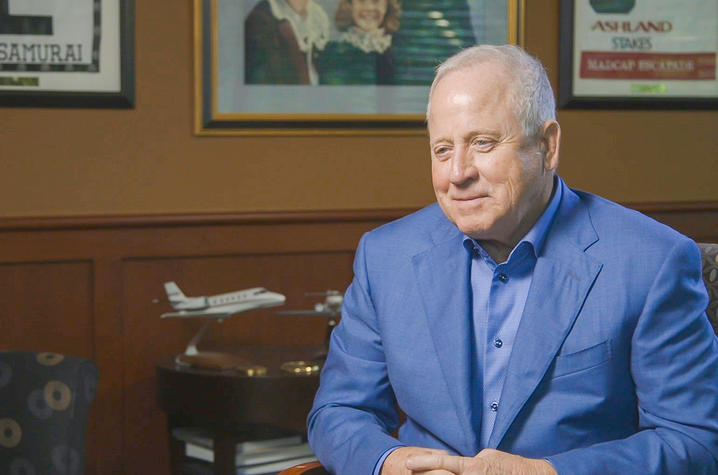 Lunsford was born in Northern Kentucky. While at UK, he worked as an intramural advisor and was a member of Pi Kappa Alpha fraternity. He graduated in 1969 with a bachelor's degree in political science and a minor in accounting. Lunsford went to work for an accounting firm in Cincinnati and became a certified public accountant in 1970. He continued his education at the Salmon P. Chase College of Law, graduating in 1974 among the top 10-percent of his class. Lunsford is an entrepreneur, businessman and thoroughbred owner who has founded and led numerous companies in Louisville, Kentucky, for nearly 40 years. He is a current member of the boards of directors of AeroCare, Arcadia Communities, Creative Strategies, Edumedics and the Breeders’ Cup Limited. 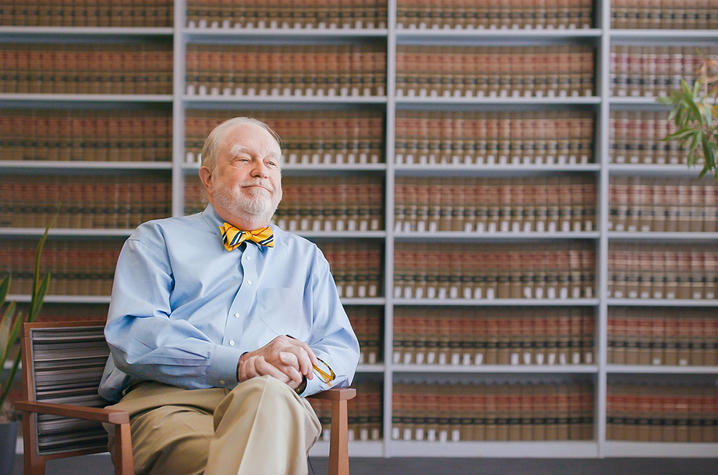 Page is a native of Colorado. He graduated from UK in 1968 with a bachelor's degree in political science. Page was a member of the Debate Team, twice leading the varsity team to the national tournament. He was also a member of Omicron Delta Kappa and was elected chapter commander of Sigma Nu fraternity. Page attended Harvard Law School, receiving his juris doctor degree in 1971. He then joined the Washington, D.C., law firm Arent Fox Kintner Plotkin & Kahn until 1997. Page was elected the first managing partner of the firm in 1988. Since 1998, he has been a member of the Washington office of Bryan Cave Leighton Paisner where he served in various capacities. In 2010, Page was made managing partner of the firm’s London office, serving in that role until 2014. Over the years, he has lectured and written on a variety of legal topics, most recently presenting on mediation practices at the Center for International Legal Studies in Salzburg, Austria. 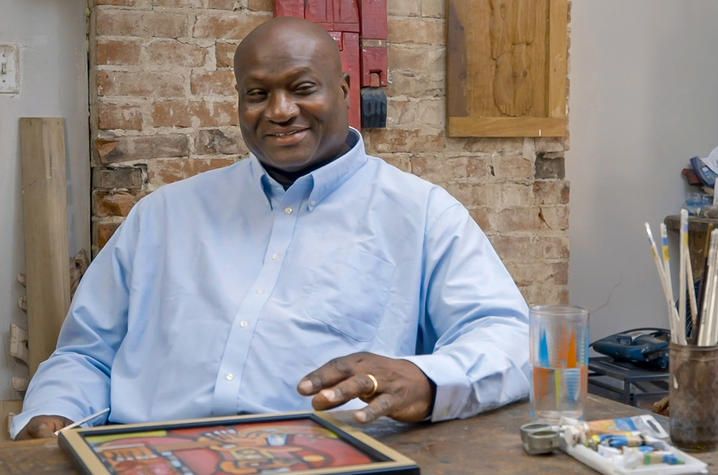 Williams was born in Lakeland, Florida. He graduated from UK in 1980 with a bachelor's degree in general studies. He was recruited to play for the UK basketball team that won the NCAA Championship in 1978. After college, he played basketball in Europe before returning home in the mid-1980s. Williams pursued his passion for art, specifically in wood carving. His work reflects the close-knit community of his native Florida. Williams uses the traditional wood-carving techniques of Western Africa to depict images of contemporary African-American life. His art could be seen as a visual form of jazz — a syncopation of the human form of motion. Now based in Lexington, Williams was the recipient of the Kentucky Governor’s Award in the Arts in 2006. He is included in the book, “When the Spirit Speaks: Self-Taught Art of the South,” by Margaret Day Allen. 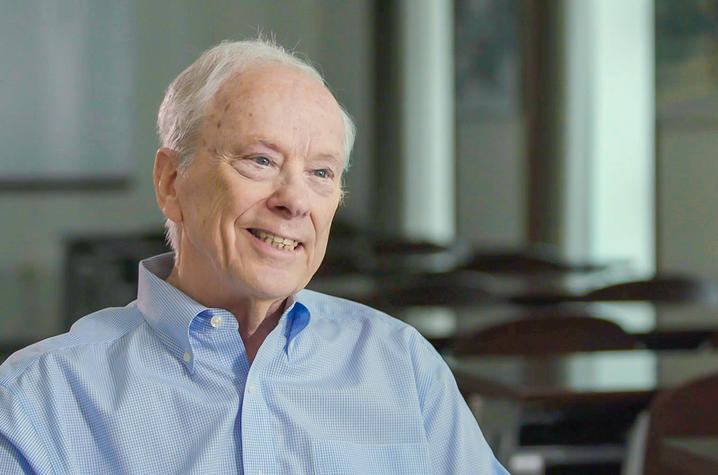 Allen grew up on a dairy farm near Sebree, Kentucky. He graduated from UK with bachelor’s and master's degrees in agriculture. While working on his thesis, he discovered the statistics field and decided to pursue it as a career. He received his master’s and doctoral degrees in experimental statistics from North Carolina State University. In 1967, UK started a Department of Statistics within the College of Arts and Sciences. Upon Allen’s graduation from N.C. State, he was the first faculty hired. Allen’s entire career has been in the Department of Statistics at UK. He served five years as department chair and two terms as director of graduate studies. Allen served terms as associate editor of three professional journals: Biometrics, Communications in Statistics and Transactions on Mathematical Software. He is co-author with Foster B. Cady of the book “Analyzing Experimental Data by Regression.” Allen is also a fellow of the American Statistical Association. 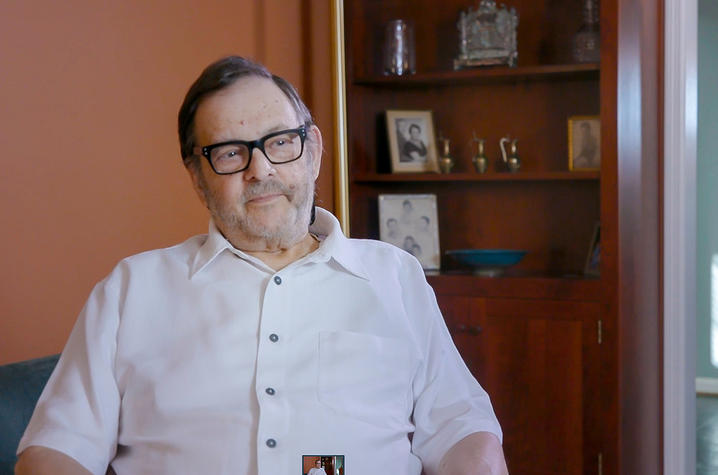 Steiner was born in the Bronx, New York. He received his bachelor's degree from Drew University and his doctoral degree in microbiology from UK in 1967. Steiner was a professor at Baylor College of Medicine from 1971 to 1976. He returned to UK as an associate professor in the School of Biological Sciences (subsequently renamed the Department of Biology) in 1978 and was promoted to professor in 1983. He was chair of the Department of Biology from 2005-08 and served as associate chair from 2008-09. Steiner’s more recent research focused on two major areas: development of methods to inhibit cancer growth and the role of specific bioactive lipids in inflammation and differentiation. In addition to his research efforts, Steiner is active in all aspects of teaching and service. One highlight of his teaching efforts was being selected to the Top Ten Teachers list in Arts and Sciences for multiple years.

For more information about the College of Arts and Sciences Hall of Fame, visit their website.

UK is the University for Kentucky. At UK, we are educating more students, treating more patients with complex illnesses and conducting more research and service than at any time in our 150-year history. To read more about the UK story and how you can support continued investment in your university and the Commonwealth, go to: uky.edu/uk4ky. #uk4ky #seeblue