View the 2011 Celebrate A&S ceremony in its entirety.

'UK at the Half' Features A&S Dean Mark Kornbluh

UK at the Half - What's Happening at A&S

In case you missed it during the UK vs. Transylvania University basketball game, I had the opportunity to speak with Carl Nathe about the exciting initiatives in the College of Arts & Sciences. A&S Wired is up and running with close to 200 students participating in the new residential college. Located in Keeneland Hall, students live in an interactive space and participate in a technology-infused curriculum designed around the concept of a 21st century liberal arts education. Faculty members teach classes as well as hold office hours in the residence hall, making them readily accessible to students.

I also touched briefly on this year’s international-themed programming on China. Not only does this year’s passport to the world programming highlight the culture, history, and people of this fast-growing country but students are now able to enroll in the new Chinese major being offered by the College.

Check out the rest of the UK at the Half interview to hear more about the College’s expanded online course offerings and other exciting A&S initiatives.

Mark Kornbluh, dean of the University of Kentucky College of Arts and Sciences was the guest on last night's "UK at the Half," which aired during the UK vs. Transylvania University game that aired on radio last night.  "UK at the Half" airs during halftime of each UK football and basketball game broadcast on radio and is hosted by Carl Nathe of UK Public Relations and Marketing. 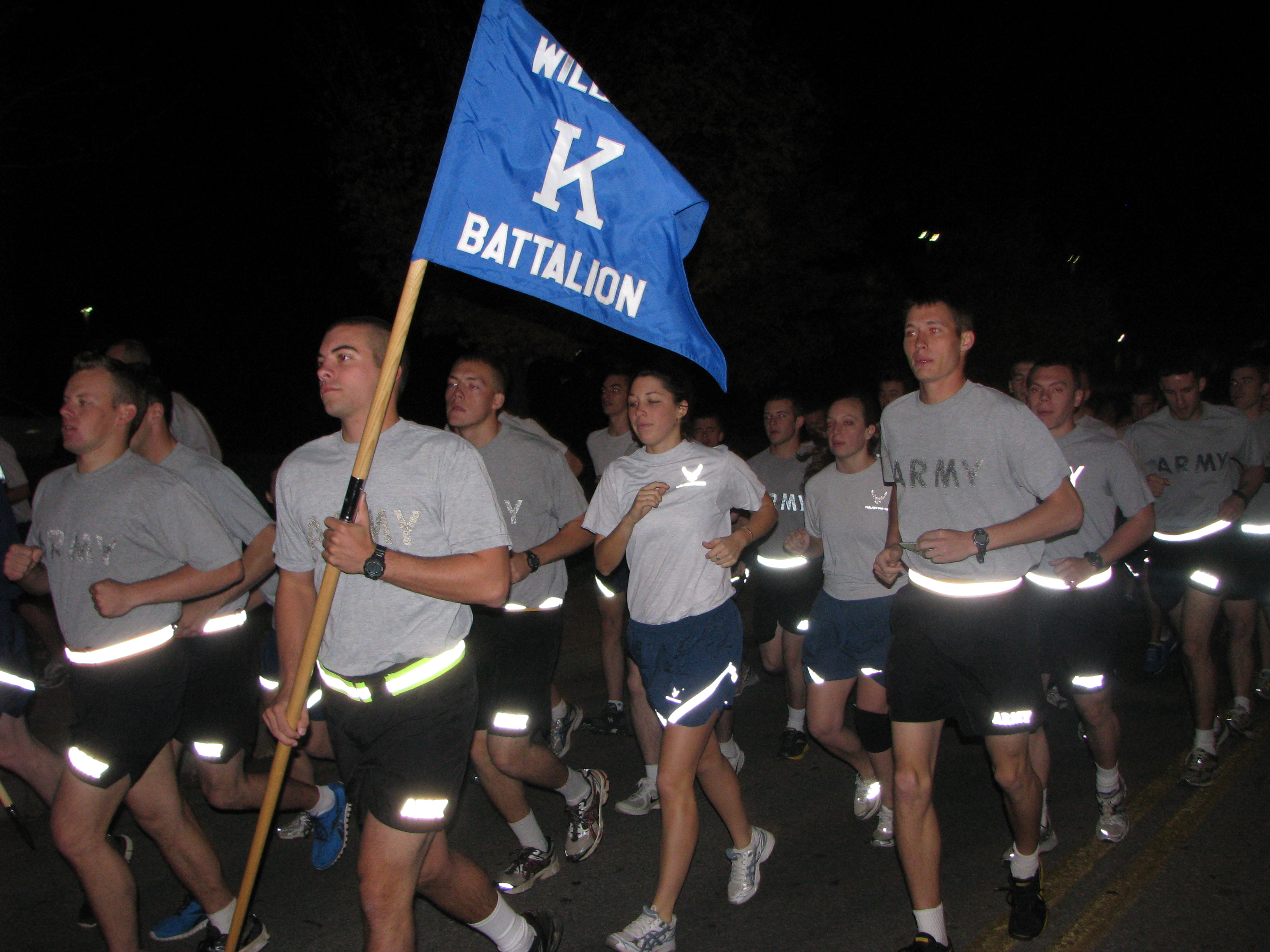 Each semester, the College of Arts & Sciences invites runners and walkers to participate in the ROTC Run/Walk with the Dean. This fall, A&S faculty, students, and staff met outside of Buell Armory at 6:30am and had the opportunity to either take part in a 3.1 mile fun run or a 1.5 mile walk around campus. It was an early morning but the run allowed us to enjoy the quietness of campus before the start of another hectic workday as well as meet UK ROTC cadets, staff and faculty from other offices and departments. Runners and walkers were treated to hot chocolate, coffee and healthy breakfast options at Buell Armory afterward. A great time was had by all those who participated.

We will post information on the spring ROTC Run/Walk with the Dean once the details are available. We hope you can make it!

In this Dean's Channel Video, Dean Mark Kornbluh sits down to talk with the new President of the University of Kentucky, Eli Capilouto. President Capilouto stresses the importance of a strong and broad undergraduate education that harnesses the power of technology and cutting-edge research.
A&S Pioneers New Fields of Research with Pioneer Natural Resources kornbluh Mon, 10/31/2011 - 08:24 am

I recently had the honor of attending the Pioneer Natural Resources gift recognition ceremony on UK’s campus. The Department of Earth & Environmental Sciences (EES), in partnership with UK alumnus and Pioneer’s Vice President of Technology Tom Spalding, accepted a $600,000 gift from the company. The gift, which is intended to be spread over the next three years, will fund the Pioneer Natural Resources Research Professorship in Stratigraphy, as well as a three-year recruiting fellowship. Ellen Kaiser a first-year student in EES is the first recipient of this award.  Pioneer is a large independent oil and gas exploration company based in Dallas, with operations in Texas, Colorado, Alaska, and South Africa.

Carl Nathe recently interviewed one of our own faculty members for his UK at the Half segment, which airs during each UK football game. He spoke with Ann Kingsolver, Director of the UK Appalachian Center and anthropology professor, about her work in the area. Kingsolver is excited to be part of the Center and the Appalachian Studies Program and is busy exploring ways to become more involved in the community – for the university, faculty, and students. She stresses the importance of interdisciplinary work and research at the Appalachian Center in looking at complex issues throughout the region. Her hope is to build strong partnerships with local communities which would also allow students attending classes at UK to work in their local communities in the region.

Look for the interview during the UK at the Half segment during this Saturday’s UK vs. Mississippi State football game!

Dean Mark Kornbluh sits down with Ann Kingsolver, a professor in the Department of Anthropology and the new Director of the Appalachian Research Center and the Appalachian Studies Program. Find out about her passion for the region and how she plans to strengthen UK/Appalachia connections.
Internationally Renowned Filmmaker Comes to Campus as part of Year of China kornbluh Tue, 10/25/2011 - 10:10 am

As part of the College’s Year of China events, A&S is excited to welcome internationally renowned filmmaker Carma Hinton to campus this week. Keiko Tanaka, sociology professor and Director of the Asia Center, will show the documentary, “Morning Sun,” in her class, “Passport to China: Global Issues & Local Understanding.” "Morning Sun" is a psychological history of China's Great Proletarian Cultural Revolution, which took place from 1964-1976. The film provides a multi-perspective view of a tumultuous period as seen through the eyes — and reflected in the hearts and minds — of members of the high-school generation that was born around the time of the founding of the People’s Republic of China in 1949.

Hinton was born and lived in China until she was 21. She received a doctorate in art history from Harvard University and has lectured on Chinese culture, history, and film at various educational institutions around the world.