A list of the Ph.D.'s awarded under my supervision is on the American Astronomical (AAS) Ph.D. genealogy page,

Graduate students – I love working with students, but I cannot accept any new ones. I would love to work with you as a co-advisor with other faculty serving as your primary.

Reading the Message in the Starlight

The hydrogen atoms in the water we drink and the helium in a party balloon were produced in the creation of the universe nearly 14 billion years ago.  The oxygen we breath was produced in massive stars that exploded five to ten billion years ago.  Dying stars very similar to our sun produced the nitrogen that makes up most of our air.  Elements like gold and platinum were produced during the coalescence of pairs of neutron stars.  The atoms in our body were in two or three stars before our solar system was formed.  How do we know these things?

Nearly all of the quantitative information we have about the cosmos is the result of spectroscopy, the science of using spectra to make physical measurements. We can directly measure the temperature, density, pressure, or composition of a cloud of gas or a star, using a telescope and a spectrometer.  The spectrum forms in highly non-equilibrium gas and dust. Analytical theory cannot be used to understand the conditions, so numerical simulations are required. The computer program Cloudy does this - it calculates the ionization, chemistry, radiation transport, and dynamics simultaneously and self consistently, building from a foundation of atomic and molecular processes.

Some time ago I wrote a non-technical article on quantitative spectroscopy, Cloudy, and my research into the evolution of the universe.  Although the article is getting old, the introduction in it is still good.

More recently, UK PR did an article and video on the Cloudy project.  They have also done stories about Cloudy and JWST, and Maryam Dehghanian and Priyanka Chakraborty, two UK students who did Cloudy-related research.

I began developing Cloudy at the Institute of Astronomy, Cambridge, in August 1978.  It is named after the famed East Anglian weather.  Some links: 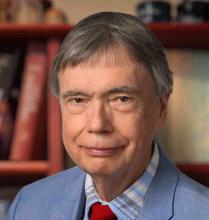