Some Intersections of Art and Science

“Some Intersections of Art and Science”

Abstract: There are profound reasons, rooted in the nature of human cognition and perception, why art and science have a lot to offer one another.   I will display some important historical examples of their synergy, and point out some emerging opportunities.  Several striking images are an integral part of the presentation.

Frank Wilczek is an American theoretical physicist, mathematician, and Nobel laureate.  He is the Herman Feshbach Professor of Physics at Massachusetts Institute of Technology. Along with David Gross and H. David Politzer, Wilczek was awarded the Nobel Prize in Physics (2004) for the discovery of asymptotic freedom in the theory of strong interaction.

Wilczek's lecture is free and open to the general public.   A book signing will follow.

This event is supported by the Departments of Physics and Astronomy, Mathematics, Statistics, Chemistry, the College of Engineering, the College of Arts and Sciences, the Graduate School, and the Vice President for Research.  The organizers thank the  Dr. J. C. Eaves Undergraduate Excellence Fund in Mathematics and  Milton Huffaker for their generous support.

A Reading by the UK MFA Creative Writing Program

A reading to celebrate the release of our program's first anthology: "Feel It With Your Eyes: Writing Inspired by the University of Kentucky Art Museum" published by Wind Publications. 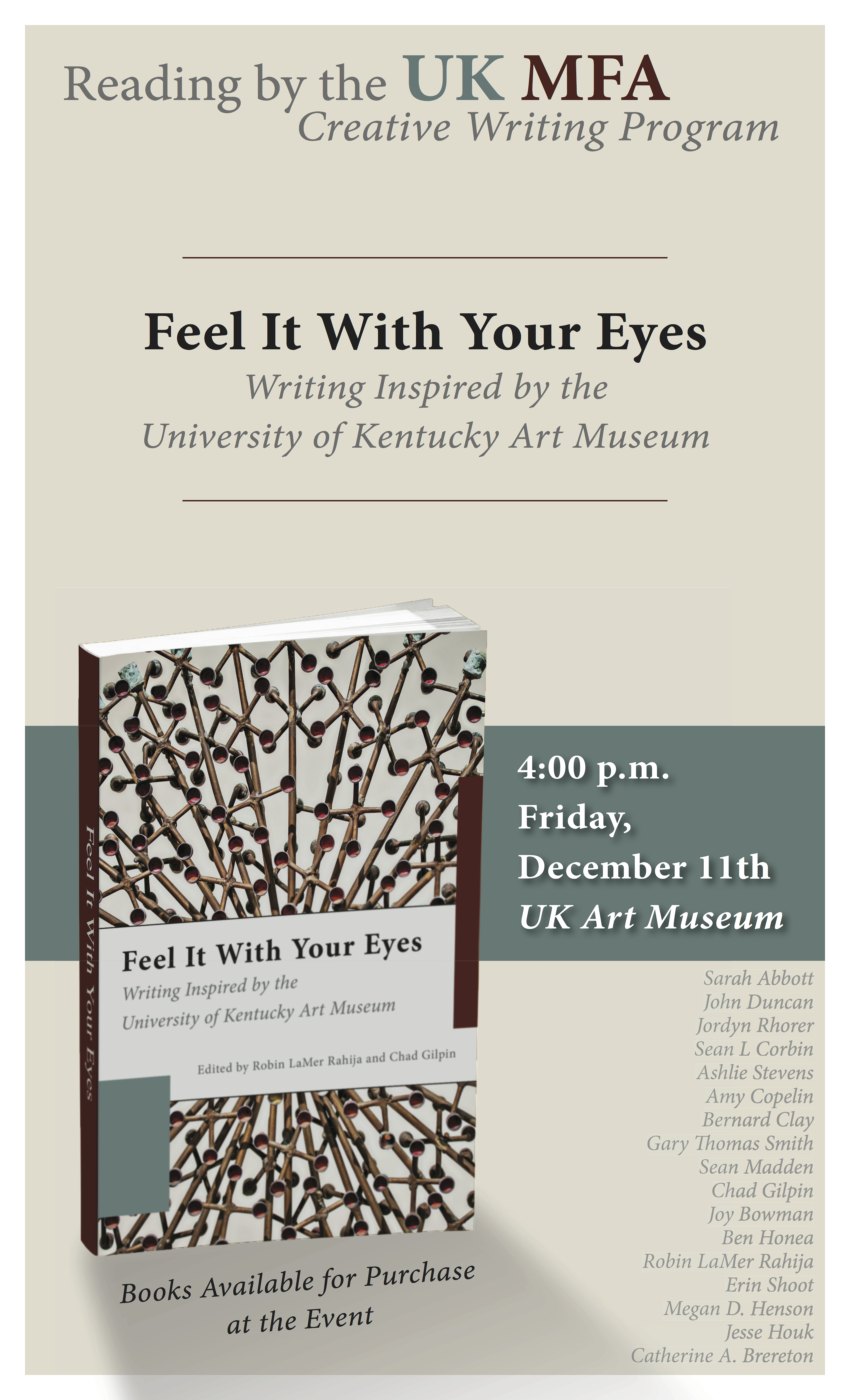 This is the 6th Annual GARC Symposium and Art Showcase. Graduates students with research and/or artistic interests in Appalachia are encouraged to submit proposals via the website.  This is an opportunity for students to present their work on Saturday, April 18, 2015 at the W. T. Young Library, Room B108-C on UK's Campus.  This event is planned by members of GARC (Graduate Appalachian Research Community), with support from the UK Appalachian Center.  The times listed above are tentative for the event, and this page will be updated continually.  Please, see the GARC page on this website for more information, the Call for Participation, and to submit your proposal: https://appalachiancenter.as.uky.edu/graduate-appalachian-research-community.  The deadline for porposals is February 15, 2015. 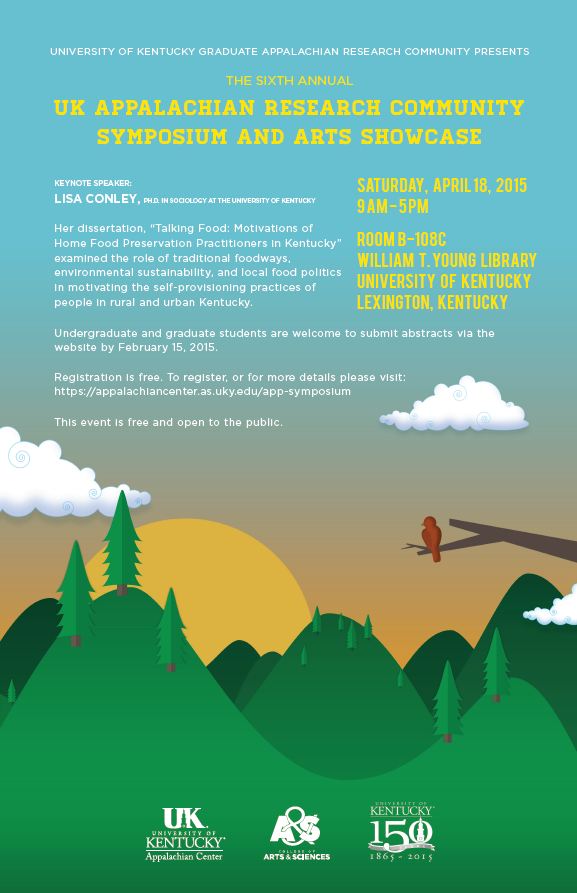 Through Paul Laurence Dunbar High School's Math, Science, and Technology Center, high school senior Valerie Sarge is acquiring an impressive set of research skills before she even begins college. Valerie has been working with chemistry professor John Anthony at UK's Center for Applied Energy Research, and is looking at how agricultural byproducts might be able to be used in flexible, low-cost electronics.

The visit is organized by The New Mappings Collaboratory, as part of the Geography Department's Spring Colloquium series.

In celebration of the University of Kentucky's upcoming sesquicentennial in 2015, the 54th of 150 weekly installments remembers the life of the legendary stallion, Storm Cat, who is the subject of a popular piece of art at the university.

'UK at the Half' Features Professors George Crothers and Paolo Visona

George Crothers, anthropology, and Paolo Visona, art and visual studies, were the guests on Feb. 27's "UK at the Half," which aired during the UK vs. Mississippi State game that was broadcast on radio.
Subscribe to art